Sorry, in order to view this website you must accept the disclaimer. 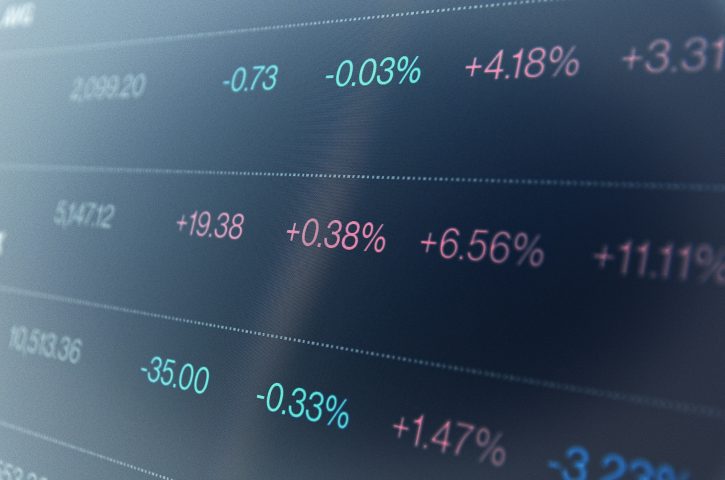 US stocks continued to rise in July. Large cap tech stocks were again making strong gains after their pullback last month. Value stocks continue to struggle in this market while the darlings make new highs. This only encourages more momentum seeking among market participants.

US public companies are seeing growth

The economic backdrop for stocks at the moment is probably too good. Two important positive things have happened this year that were not expected by the market. First, a cyclical recovery has finally taken hold in major non-US economies. Japan and Europe have almost zero real growth over the longer term, but that doesn’t mean there isn’t a cycle, and it’s happening now. This has led to a change in interest rate expectations and has moved the US dollar sharply lower. With a weaker dollar and decent economic growth at home, US public companies are seeing growth in both sales and earnings. They are surprised by the positive inflection too, and had planned for the previous environment where costs were rising without sales and margins were being squeezed. They are responding in the natural way, becoming more confident and switching to pursuing growth. This is positive for the corporate earnings cycle, and we’re not close to the point yet where overinvestment becomes a problem.

There is a Yin and a Yang to good news for the market. Usually high returns come from fear and low valuations while low returns come from exuberance and high valuations, both conditioned on the actual outcome of economic events. Good economic conditions are occurring because stock prices are tied to that economic value. However, if the market starts losing its natural fear of things going wrong and jumps prices up too much too fast, at some point those gains will have to be given back. Of course, it’s not easy to separate the two because they go hand in hand. Lately, the fall in the dollar and the resurgence of overseas economies has taken the pressure off of two major risk factors in the world financial system: China’s currency and the Euro. The fear here was similar, that the huge stimulus efforts to prop up bad debt problems would result in a currency meltdown. The pressure release is partly a “real” impact, because the risk of an imminent problem actually has diminished with a better economy. Does that mean these problems are really solved? No. It isn’t a problem of low growth really in either case, but of bad incentives and bad structure. However, there’s a big difference in impact between a crisis and a long term structural problem, and maybe with luck this has transformed into the latter.

In their reaction to the market movements, we’re going to learn something about what central bankers really believe over the next few months. For the Fed at least, they have a clear green light to normalize further because the market is up, the dollar is down, and credit spreads are tight. They give lip service to inflation targeting and the market believes them, but I think they will soon signal more tightening because the environment allows it. US stocks might not like that, and we could see some traditional August-September weakness. If momentum stocks falter again it might turn into a real pullback. Despite this, the medium term looks to be a continuation of good times with the path of least resistance higher for stocks. I remain very concerned about longer term returns from this starting point however, and I think consideration of risk should come before consideration of return.

We want to understand what matters to you and why. Let's get in touch!